Welcome to the 2nd trimester! Your Baby ’s immune system begins to form, although it may take several more years for it to reach full capacity.

For you, there could be a change in symptoms. While fatigue and morning sickness may subside, you may get leg cramps and ligament pain.

Your Baby ’s development
Your Baby is growing very fast, measuring about 8 cm in length — the size of a lemon — and weighs about 45g. Your Baby ‘s sex has fully developed but may still be hard to detect this week.

Baby hair: Your Baby is forming Lanugo, a very fine, soft, and unpigmented hair that is covering the entire tiny body. Lanugo, which is the first group of hair that is produced by Your Baby ’s hair follicles, helps protect the sensitive skin. Once Your Baby accumulates some insulating fat over the next few months, the lanugo will shed away. Sometimes, there is still a little bit of this soft hair visible after birth. By the end of this week, Your Baby ’s eyebrows will begin to grow as well.

The liver: Liver cells begin to synthesize bile acid, which will be needed later for digestion but, at the moment, helps in regulating arterial vessel formation and remodeling of the hepatic artery. After a few weeks, the bile will enter the duodenum, the very first part of the small intestines. There, the bile will mix with meconium, the baby’s first poop, giving it the dark olive green color.

Immune system: Your Baby produces only small amounts of antibodies because of an immature immune system. Some passive immunity is conferred on the fetus by the placental transfer of your antibodies — maternal antibodies confer fetal immunity against some diseases, such as diphtheria, smallpox, and measles. However, no immunity is acquired against pertussis (whooping cough), or varicella (chickenpox). Although Your Baby ’s spleen is offering some immune functions, the immunity is still compromised. 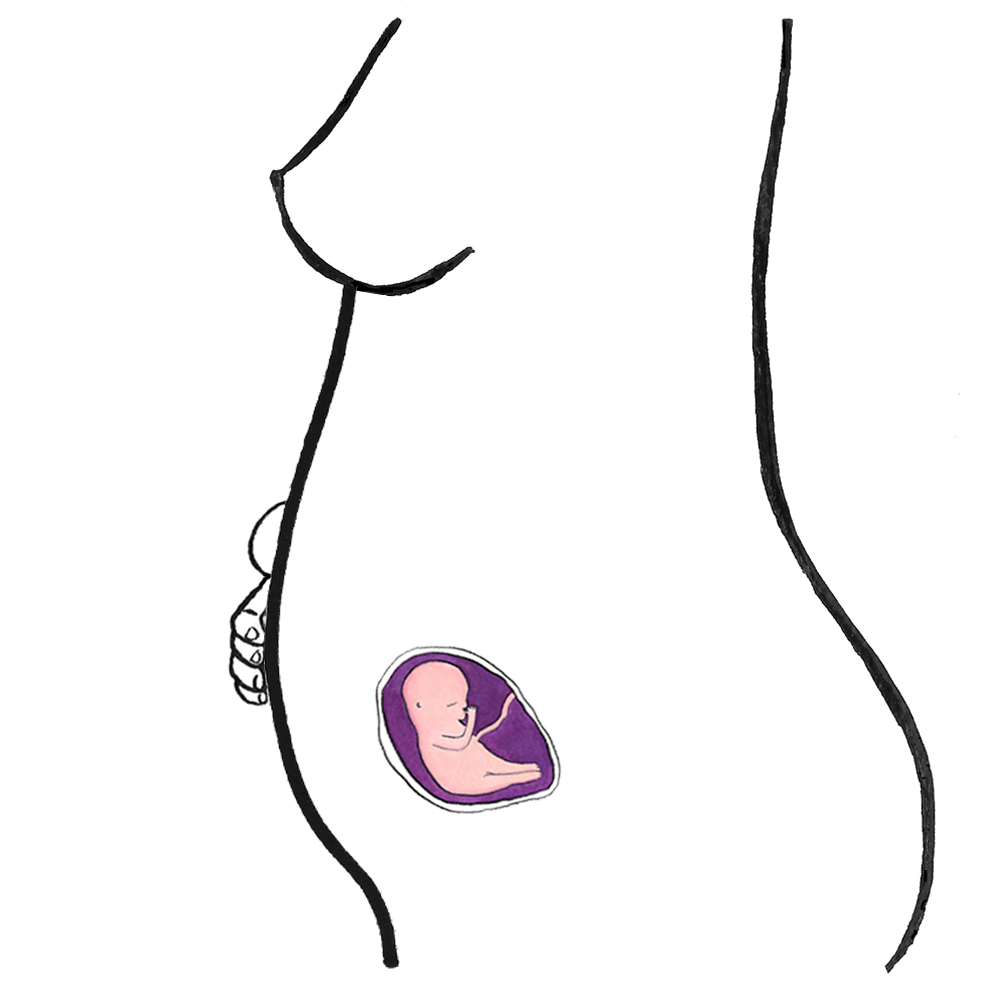 Your development
The second trimester of pregnancy is often called the “golden period” because many of the unpleasant effects of early pregnancy disappear. That means, you are now likely to experience less nausea, better sleep, and an increase in energy. However, you may also experience some new symptoms, such as back pain, leg cramps, constipation, heartburn, and round ligament pain.

Your breasts will continue to enlarge, but you may feel less sore. Also, your fatigue and the incessant need to pee are likely to reduce.

What you can do
When you experience round ligament pain, avoid abrupt movement. Exercising to strengthen your core muscles may help to avoid the symptoms in the long term.